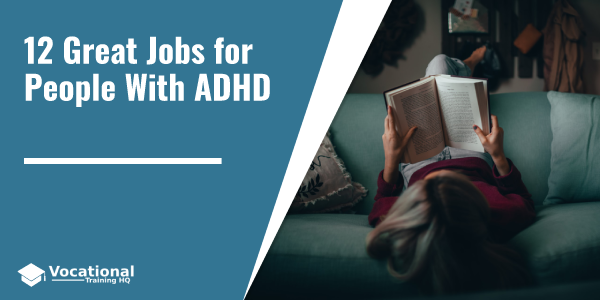 ADHD is an often misunderstood condition.

It may or may not be an illness, and some say it is just a different way of seeing and experiencing the world.

There are advantages people with ADHD have, and those are useful in certain jobs.

ADHD people do get bored easily, have a short attention span, and may get distracted easily.

On the positive side, ADHD people are very good at handling multiple tasks together, shifting gears from one thing to another quickly.

They can see how things relate that the rest of the world may not see.

ADHD people are usually good under pressure as well.

They may not like jobs that require a lot of repetition or that have little variety.

A job that is different every day, and that allows them to think on their feet, are jobs they can do well.

12 Great Jobs for People With ADHD 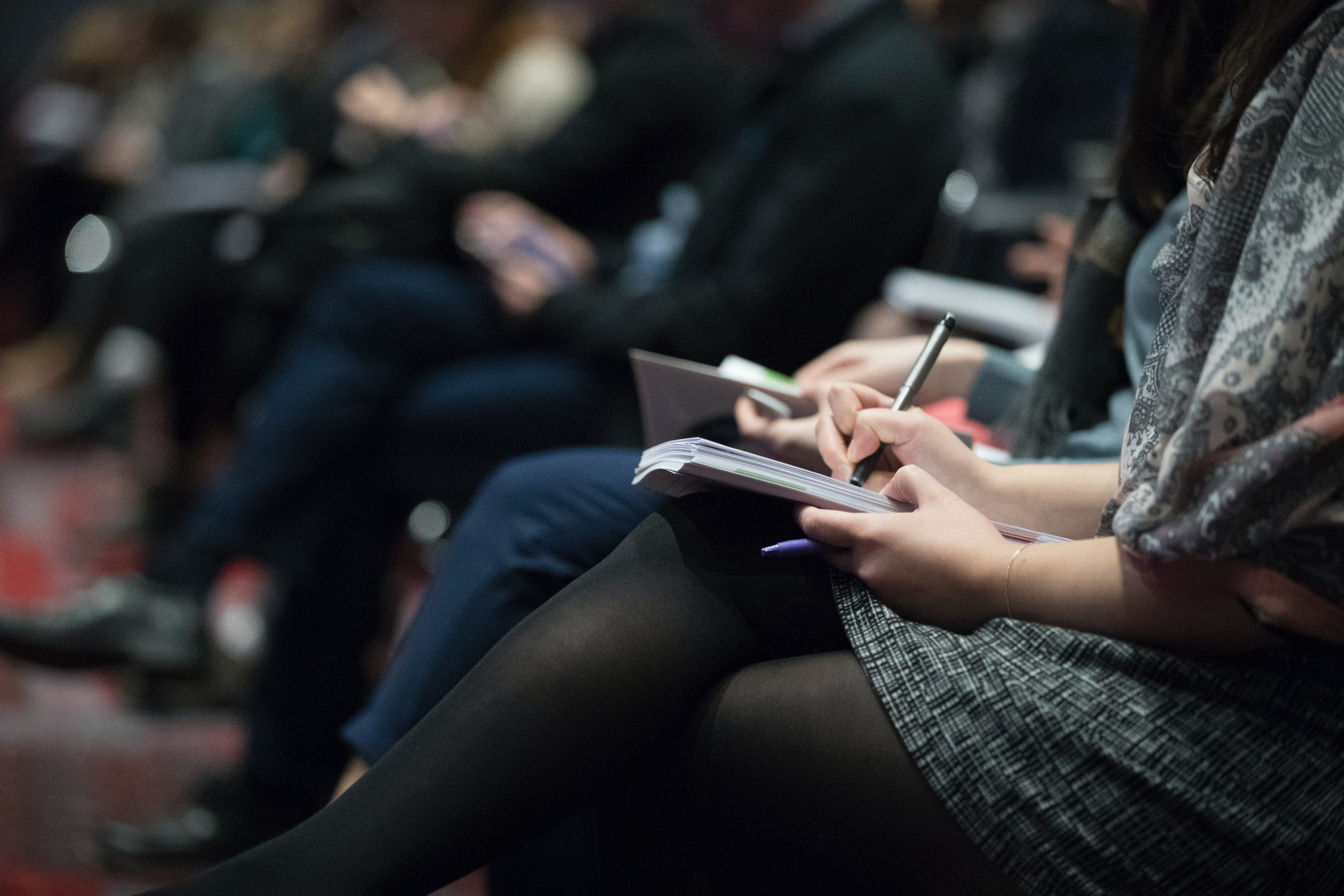 It may seem counterintuitive because ADHD people are not always great with detail, but it is a place where they can flourish.

While some see deadlines as negative pressure, they are exciting for ADHD people.

Other jobs in a news organization would probably also suit someone with ADHD.

When things change rapidly, ADHD people are able to shift gears on the run and make quick decisions.

The job in general fits the need for creativity and for excitement. 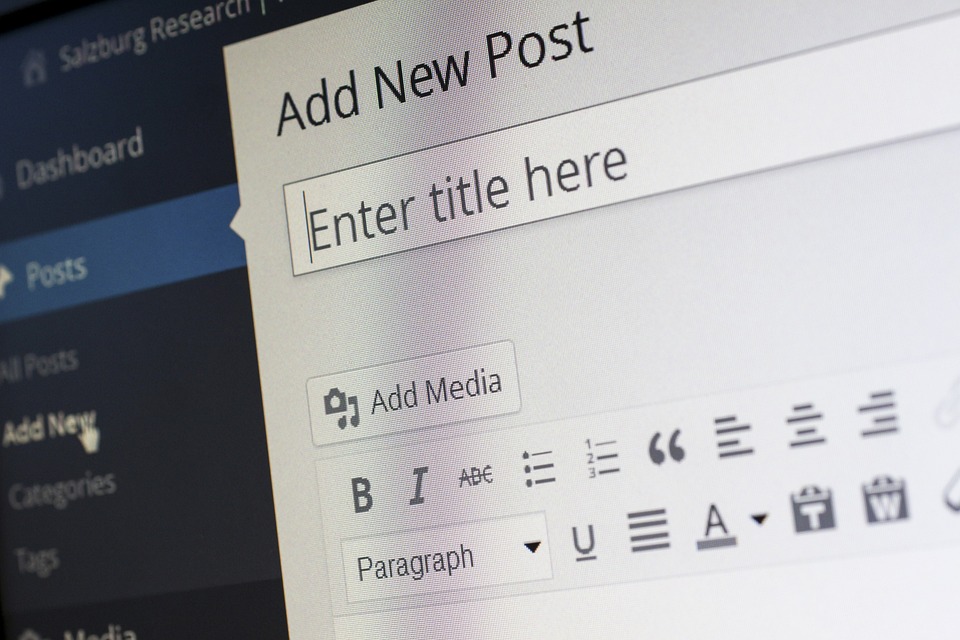 A copy editor is a key person for a news organization, and they are even more important when the news is being printed on paper.

This can also suit the ADHD person well, but it can also cause them problems.

The difficulty with detail can be an issue, but that can be overcome when other aspects are handled well.

Copy editors have to shift gears fast, and have to pay attention to several things at the same time, which is ideal.

Being able to solve problems fast is also something ADHD people do well.

Copy editors often also put together the display for the stories, which gives them an additional creative outlet.

While they can get distracted, if they get hyperfocused, they will be extremely focused for a long time. 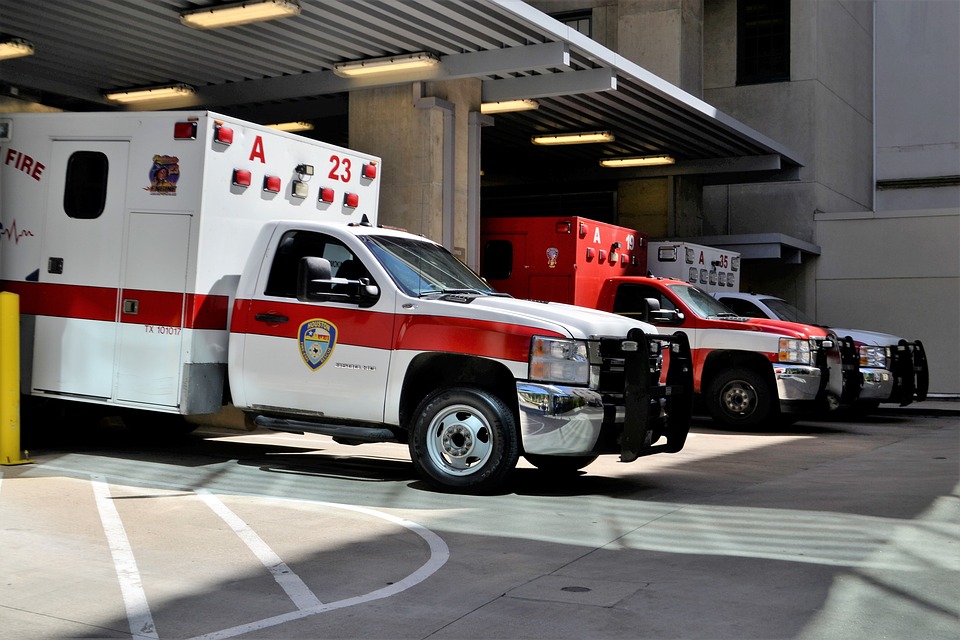 EMTs, firemen, and police officers work well under pressure and can make quick decisions, which makes this a good job for people with ADHD.

The danger, or excitement, also gives ADHD people the stimulation they need to stay engaged.

While some people might get scared in such a situation, the ADHD person often calms down and is even enjoying the experience – though they don’t enjoy the suffering they see.

The chaos puts ADHD people into a higher gear and that is where they flourish.

ADHD people may get distracted, or appear scatterbrained, but the real issue is they have too many things going on in their heads at the same time.

A job with a lot of action and constant stimulation would help the ADHD person get focused and stay focused. 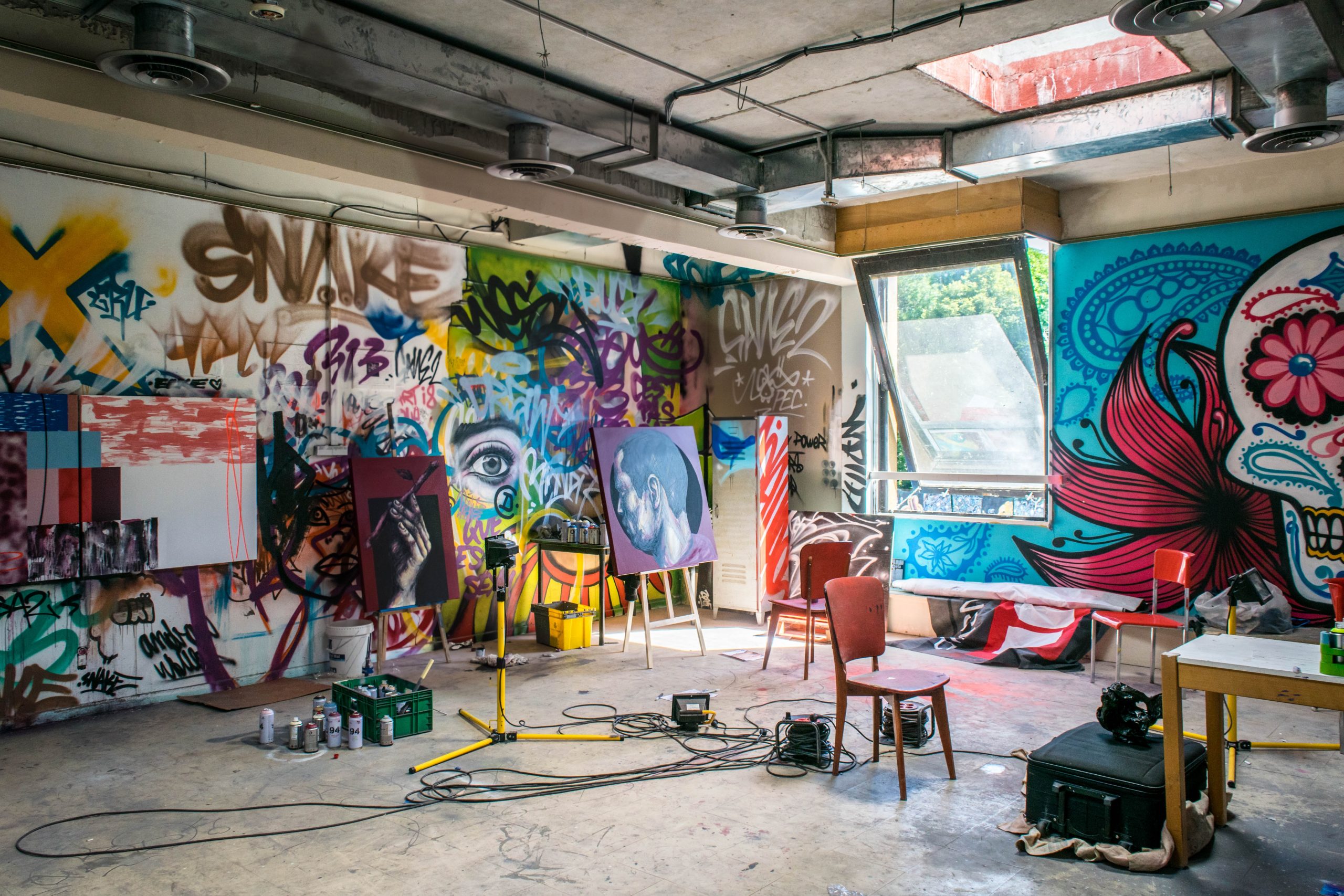 ADHD people are creative by nature, and many are natural artists.

Sometimes they need a little help with organization and may do well working for someone else, but ADHD people tend to be good artists.

To be a great artist you have to nearly obsess with your art, which is where hyperfocus comes in.

When an ADHD person gets focused on their art, it can be very hard to get them to stop.

It is counterintuitive perhaps, but ADHD people seem unfocused, but they can get to the other extreme when something is interesting enough to them.

Being able to “see” the finished product before you start is also something that ADHD people are able to do well. 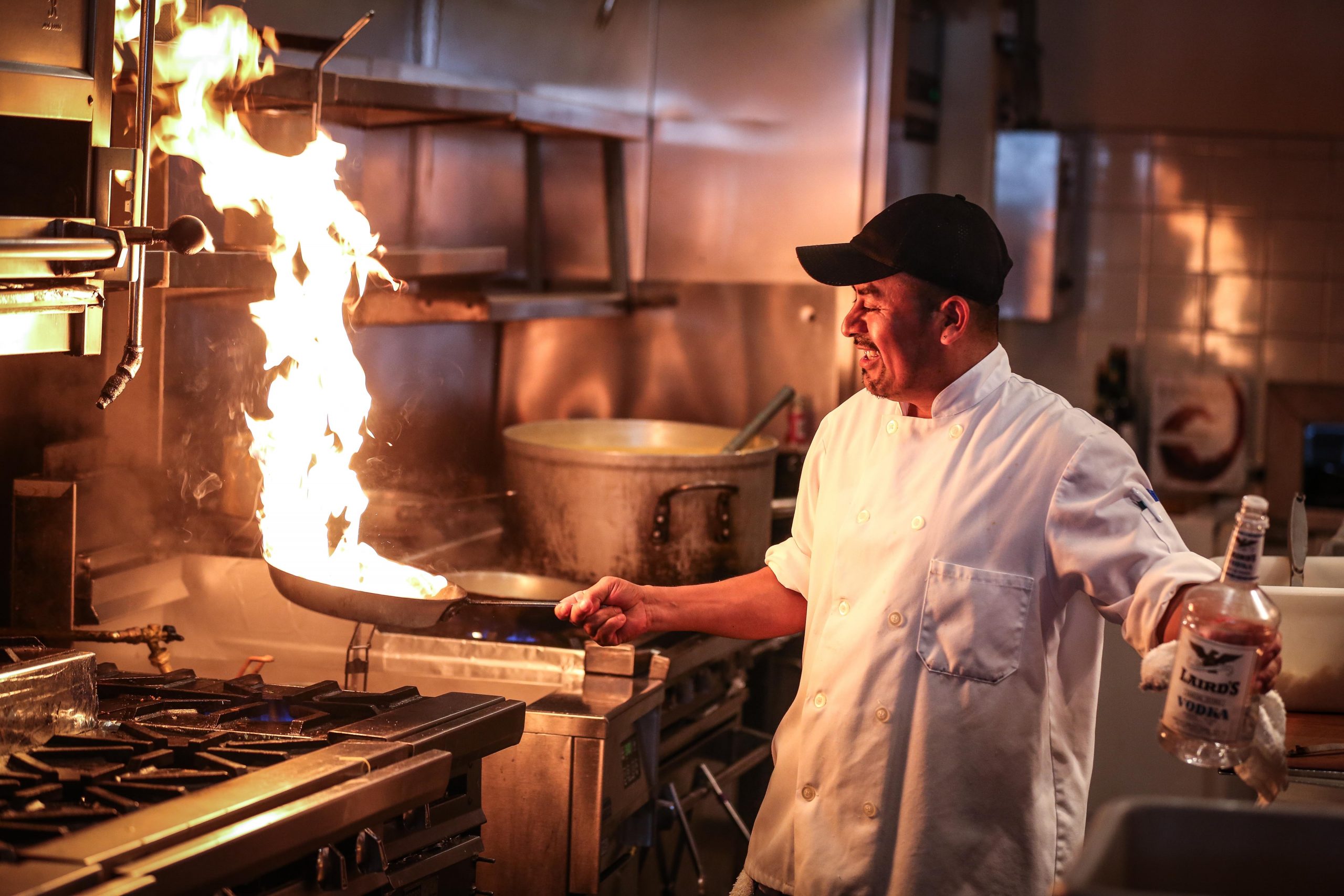 It may be surprising to some, but being a chef is a creative job.

They may have recipes to follow and orders for what to cook, but there is always room for a little creativity.

Chefs often create their own dishes and specialties, which is something an ADHD person would be well equipped to do.

A talented chef with ADHD would be in his or her element in a busy restaurant.

They would be able to handle many jobs at the same time, shifting back and forth almost effortlessly.

The fast pace would also be good for an ADHD person.

There would be enough variety to keep the ADHD person stimulated and focused on the job.

As long as the person stayed focused and passionate, they could be a great chef with ADHD. 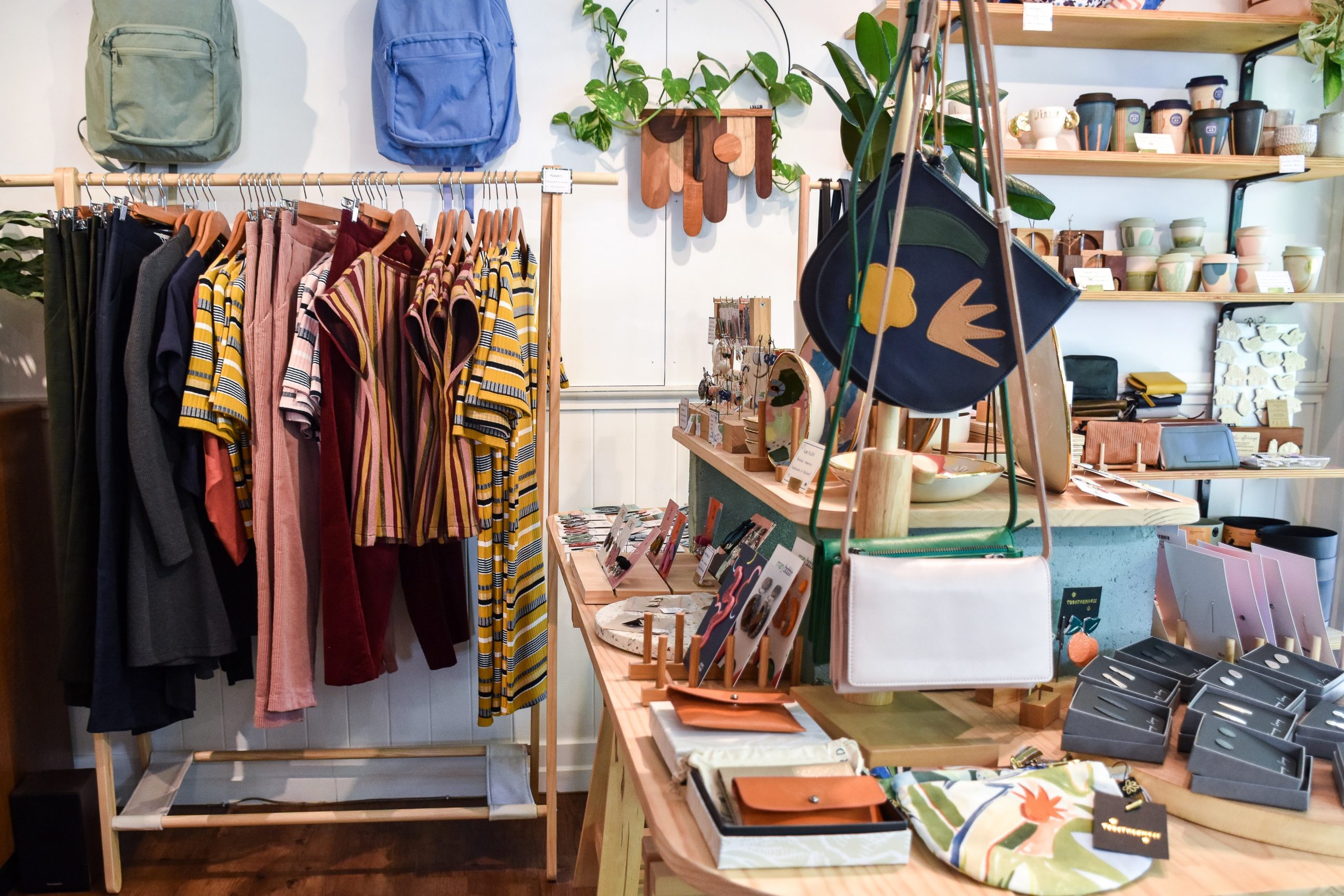 If an ADHD person understands his or her strengths and weaknesses and is able to adjust, they can be a great business owner.

Some routing tasks and record-keeping might be an issue, but everything else would fit well.

Having flexible hours would be good because ADHD people need variety.

There are usually a lot of different things involved in running a business and that is perfect for an ADHD person.

A business owner has to adjust to whatever is happening and has to come up with solutions that ADHD people are naturally able to do.

A fast-paced business would be best because ADHD people need stimulation and adrenaline to stay focused. 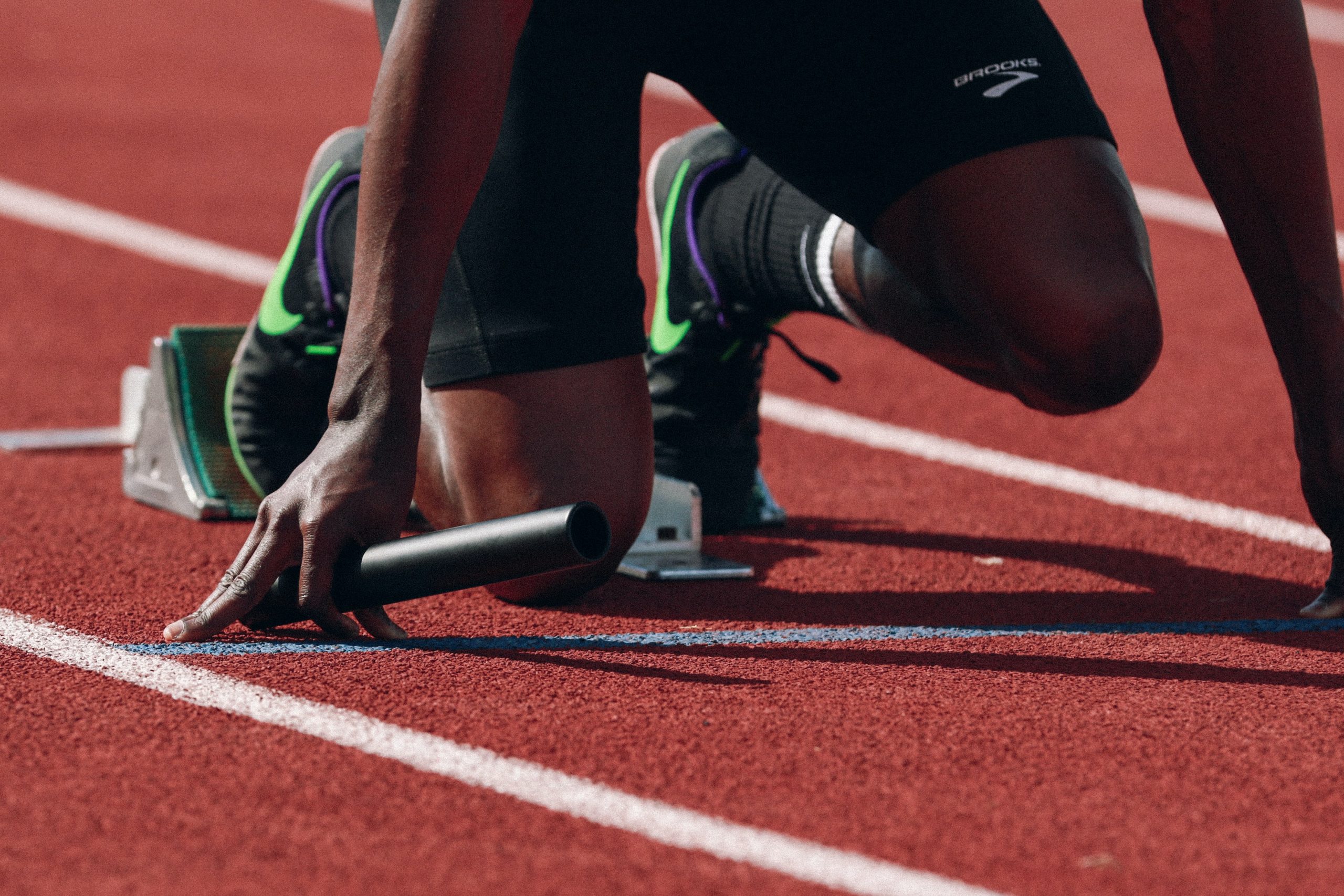 Sports that require focus and bursts of activity are good for people with ADHD.

There is always excitement for an athlete, as well as chaos and fast-paced action, which is where ADHD people flourish.

To reach a high level, one must also be hyper-focused on the sport, which ADHD people do well.

ADHD people can be distracted easily at times, but when they are hyper-focused, they reach a heightened awareness of what is going on around them.

They may also see how things fit together in ways that others don’t, which would be an advantage in a fast-paced team sport like basketball or soccer.

Problem-solving ability is also something that an ADHD person could use as an athlete. 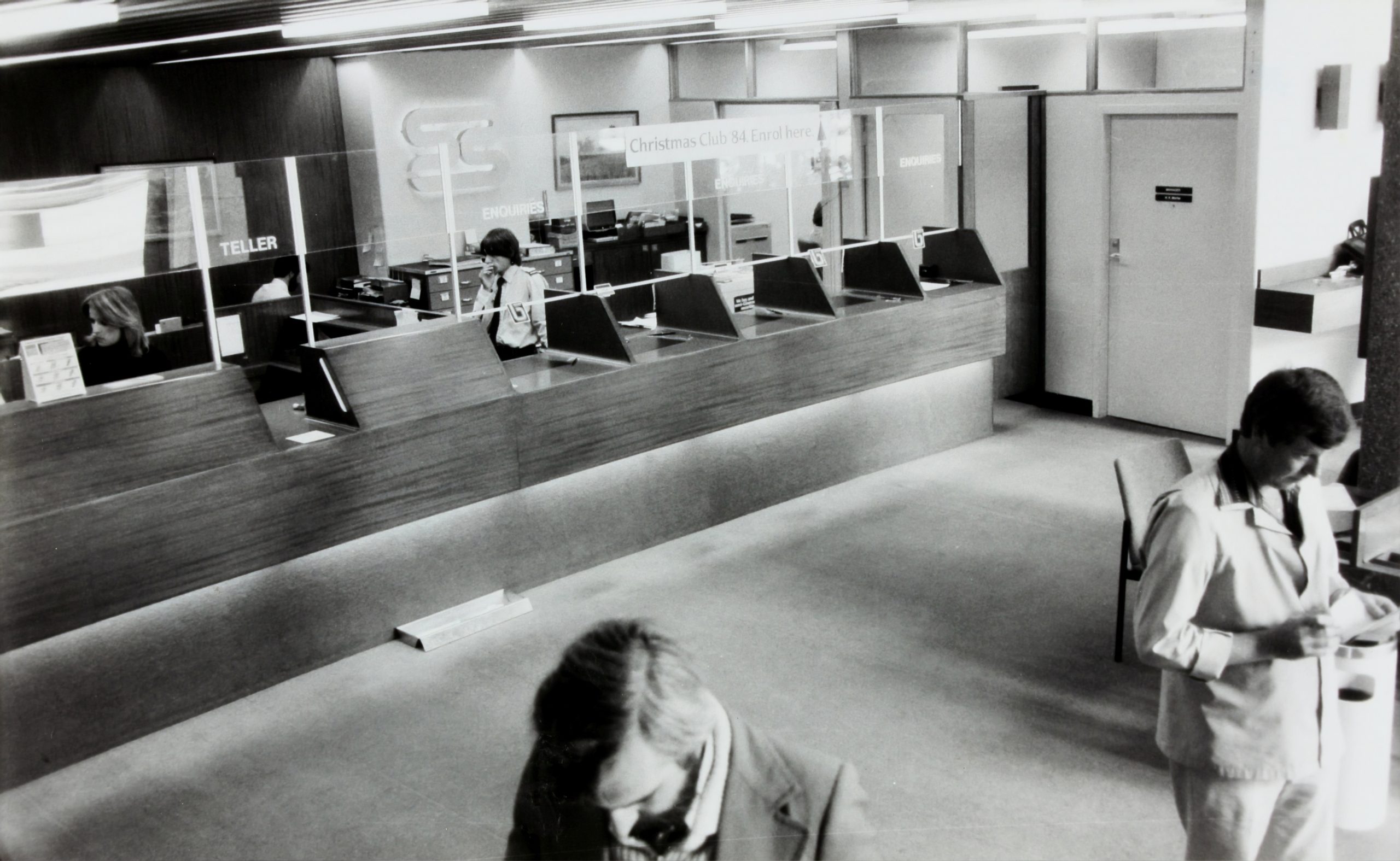 Some ADHD people do well in chaos, but some do better in a very structured environment.

While some struggle with a lot of structure, the structure is actually good for ADHD people if they can stay engaged.

This type of ADHD needs a specific set of guidelines to follow without a lot of change.

Being a bank teller, or any job handing over money would be good for this type of ADHD person.

The problem could be that they have trouble creating their own structure, but do well when someone gives structure to them. 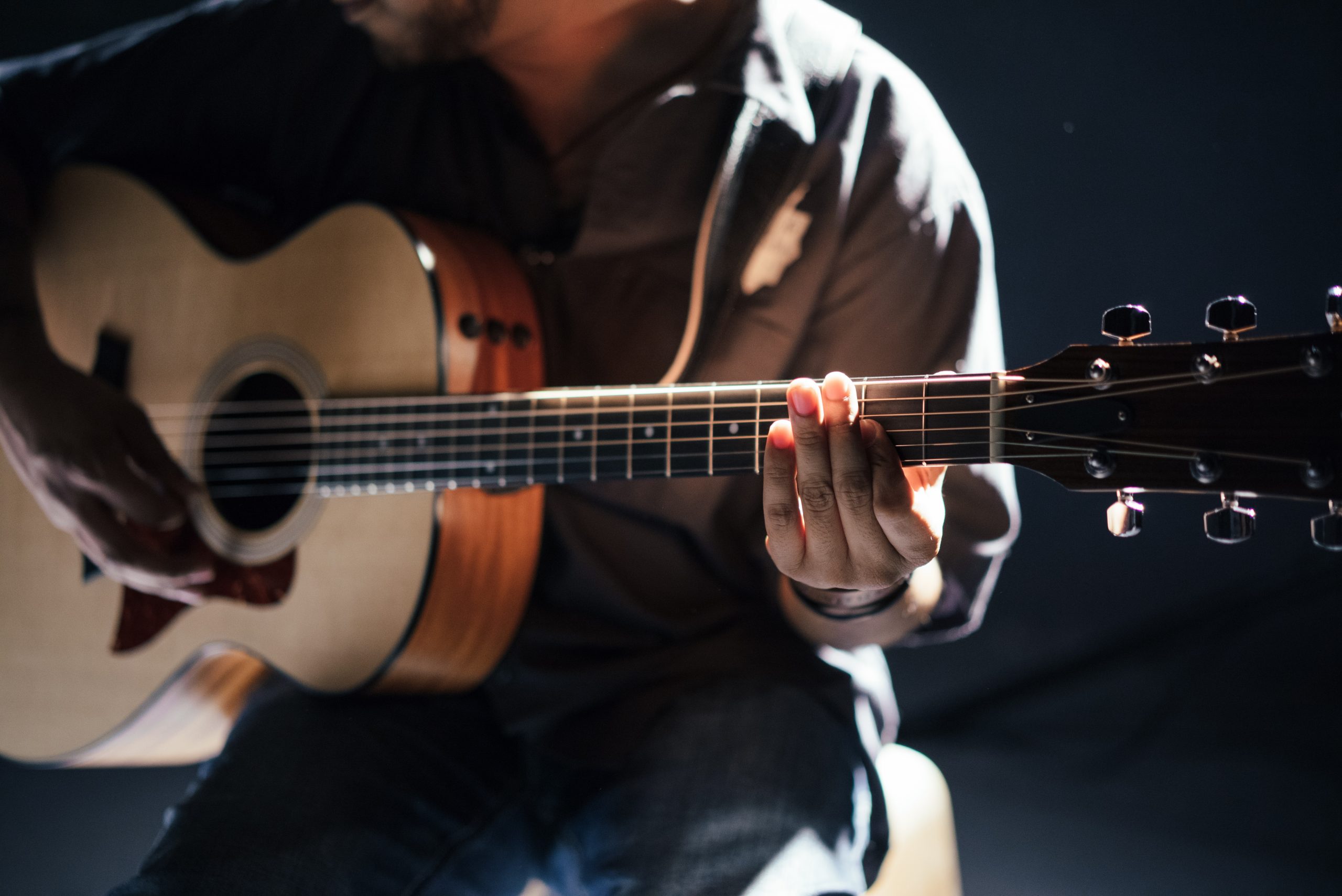 Jobs that allow hands-on creativity and a lot of flexibility are good for ADHD people, and being a musician would fit that description.

Musicians, in most cases, must create music and creativity is essential.

Even if they are playing other people’s music, there is room for creativity.

It takes time to become a good musician, and it takes a lot of time to practice to maintain that ability.

The hyperfocus and passion of an ADHD person would help them almost obsess over the music they are playing.

If they are playing live, the reaction of the crowd would give them the excitement or adrenaline they need to perform well.

It might be harder to be a studio musician, but being a live musician, or songwriter, would be great for an ADHD person. 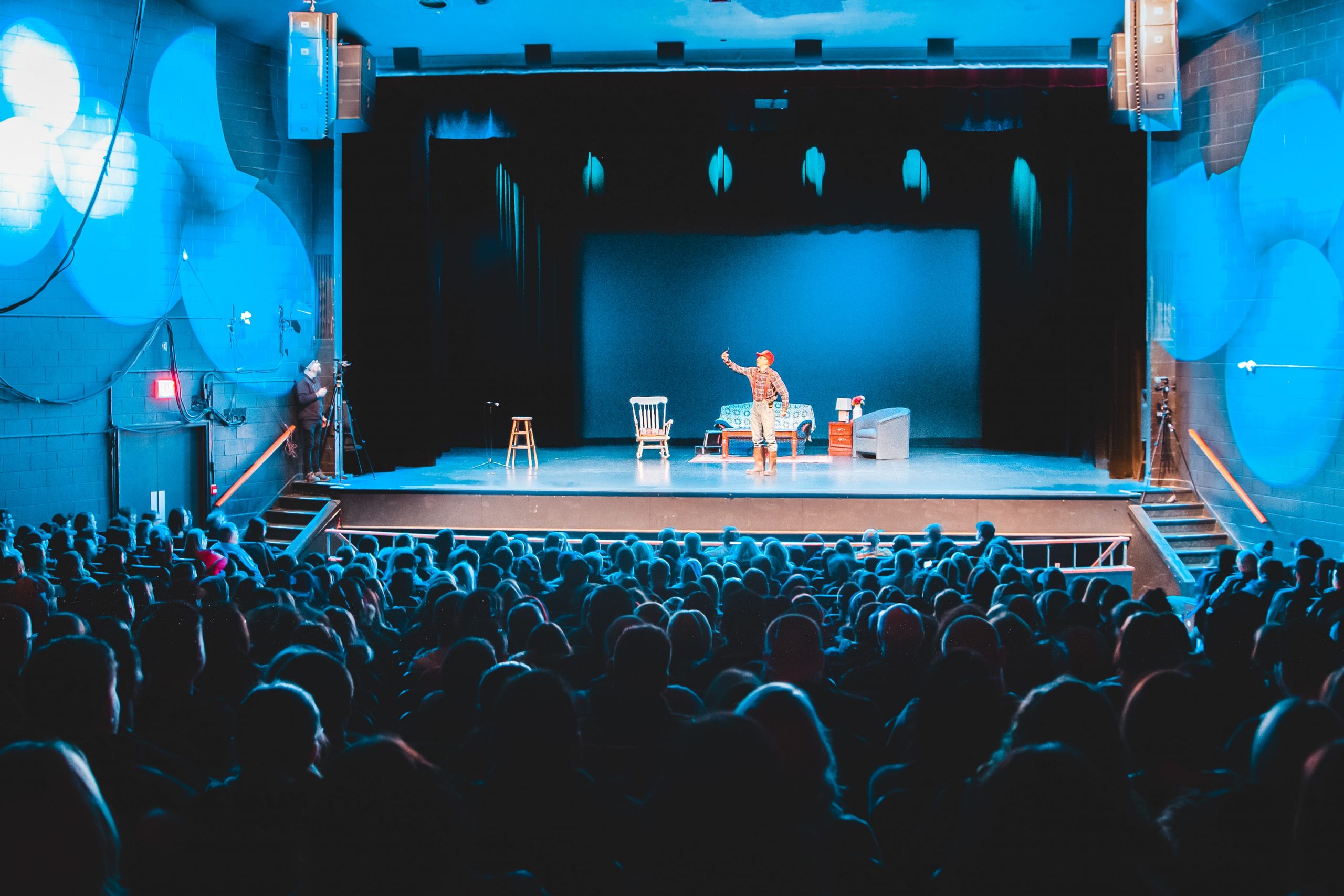 Being an actor, or any type of performer could also be a good job for an ADHD person.

Hyperfocus would be needed to learn the lines or script, and they would do a good job with that.

There is excitement from performing in front of an audience, and that would give them the stimulation they need to perform well.

Things often go off track when acting, and an ADHD person would be good at making adjustments on the fly.

An ADHD person would also be good at improvisational type acting, where the performers create a scene as they go.

Long rehearsals might be an issue, but if they were instructed well an ADHD person would be able to adjust. 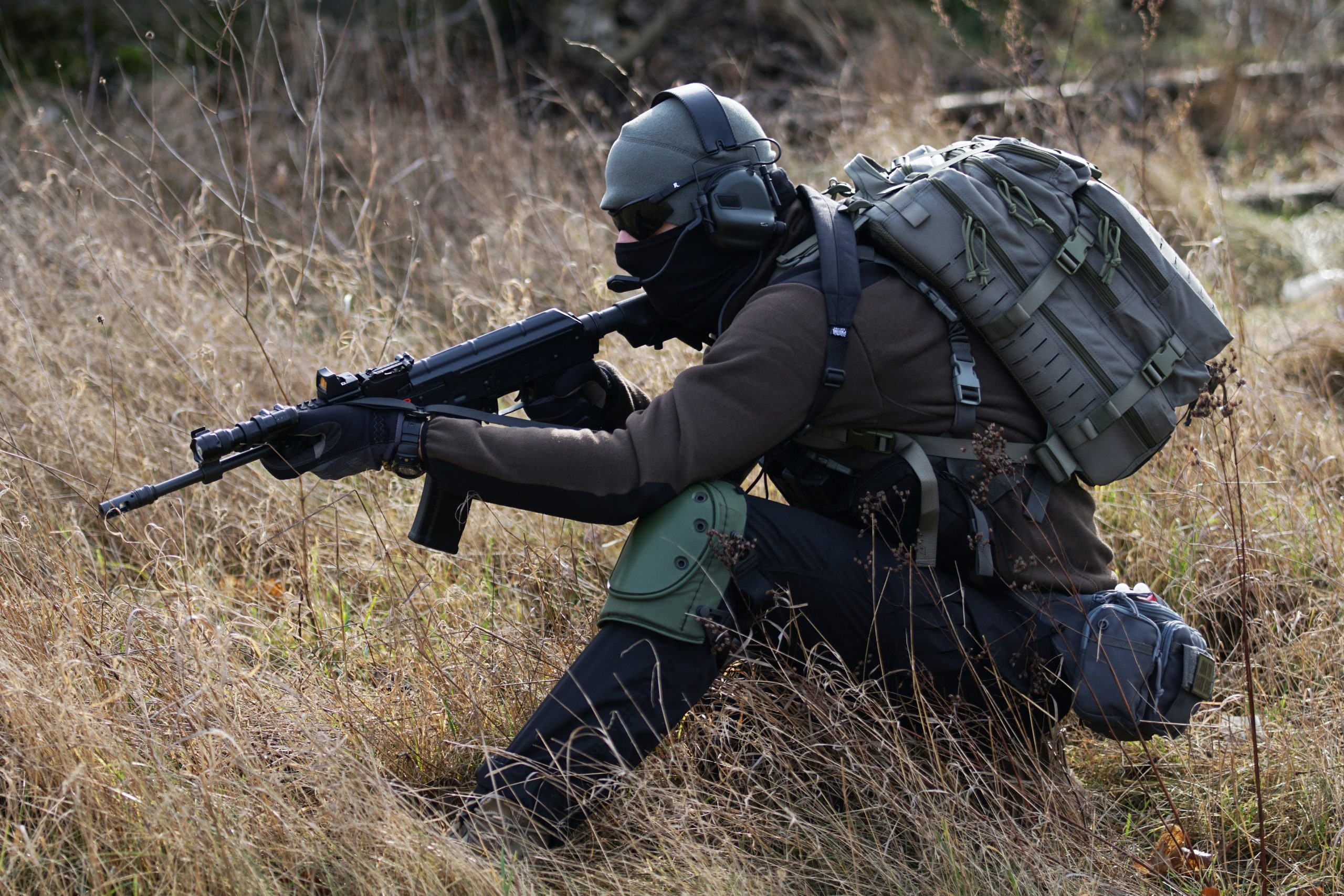 Soldiers have a lot of discipline and structure, and that could cause problems for some people with ADHD.

It could be a strength for other people with ADHD.

The structure would keep the ADHD person focused and allow them to concentrate better on other things.

There is not a lot of creativity in most cases, but there is generally enough excitement to keep the person stimulated.

If they go into battle, that is where an ADHD person would shine.

When there is chaos, ADHD people shine because they are then able to focus.

They are able to think fast and adjust to situations, and that would be essential if you were fighting as a soldier. 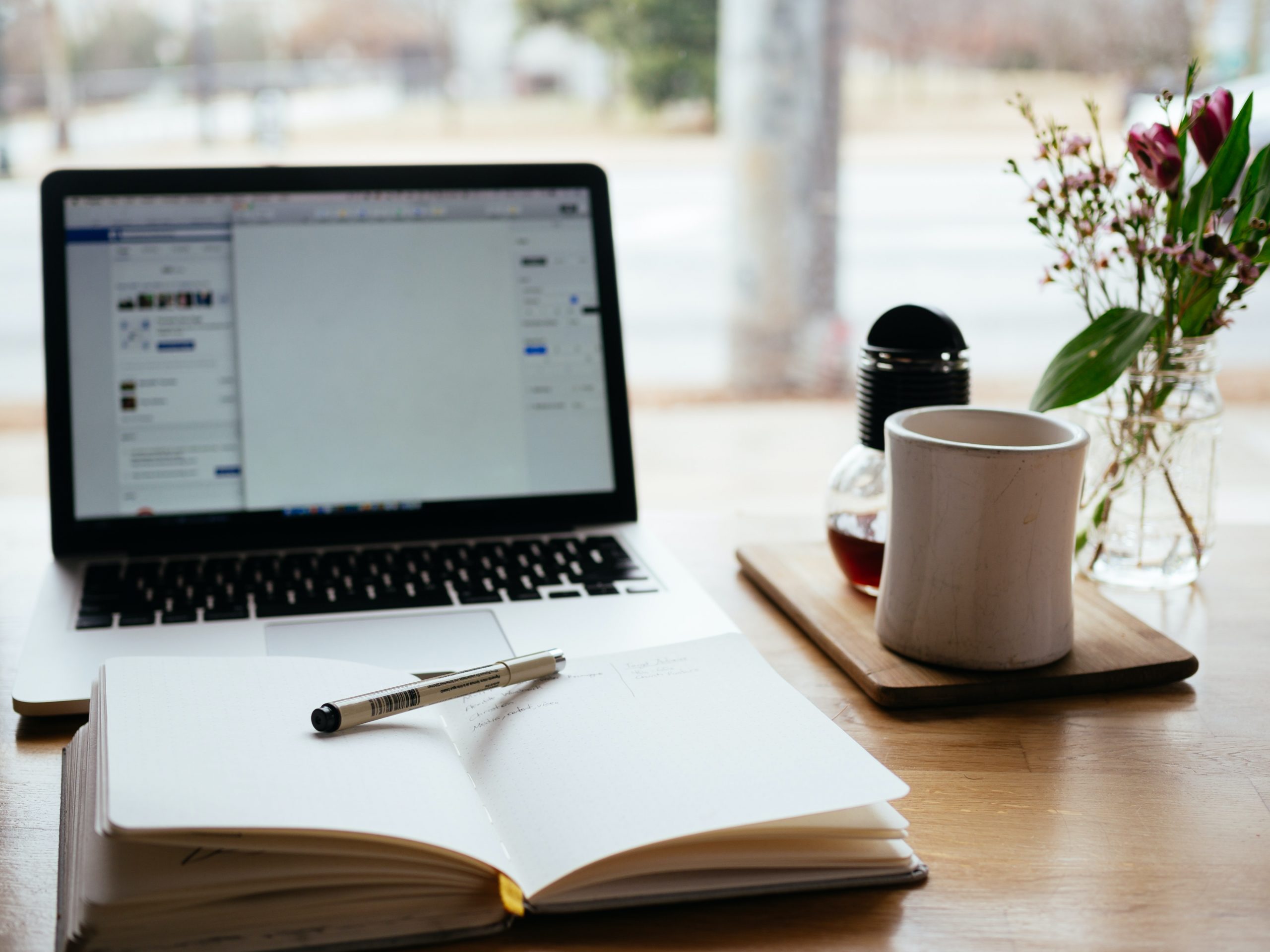 There are many kinds of writers, and many of them have some level of ADHD.

Writing, of course, involves creativity, which is where the ADHD person would do well.

Being able to imagine detailed long stories is something an ADHD person would be able to do well.

They would need the training to get that story onto paper, but even that could be done if they get to the point of hyperfocus.

A problem some ADHD writers have is that they have too many stories going on at the same time and they have trouble finishing them.

They might need a little help with structure, but in general, writers who have ADHD are very good writers.