Police officers serve the public and have a wide range of responsibilities.

They enforce laws and protect citizens.

They may take multiple roles depending on the needs of their community.

Further below, you will find details on responsibilities, qualifications, training, skills, and other essential aspects of the job.

What Does a Police Officer Do

However, the specific tasks of an officer are determined by the type of agency they work for.

Others can be employed by the state or federal government, such as federal marshals or state patrol.

The work environment for police officers can also be different.

Some work on the streets while others routinely enforce laws.

The schedule is usually divided into shifts.

Other officers, such as detectives, should be on-call and report to work at a moment’s notice. 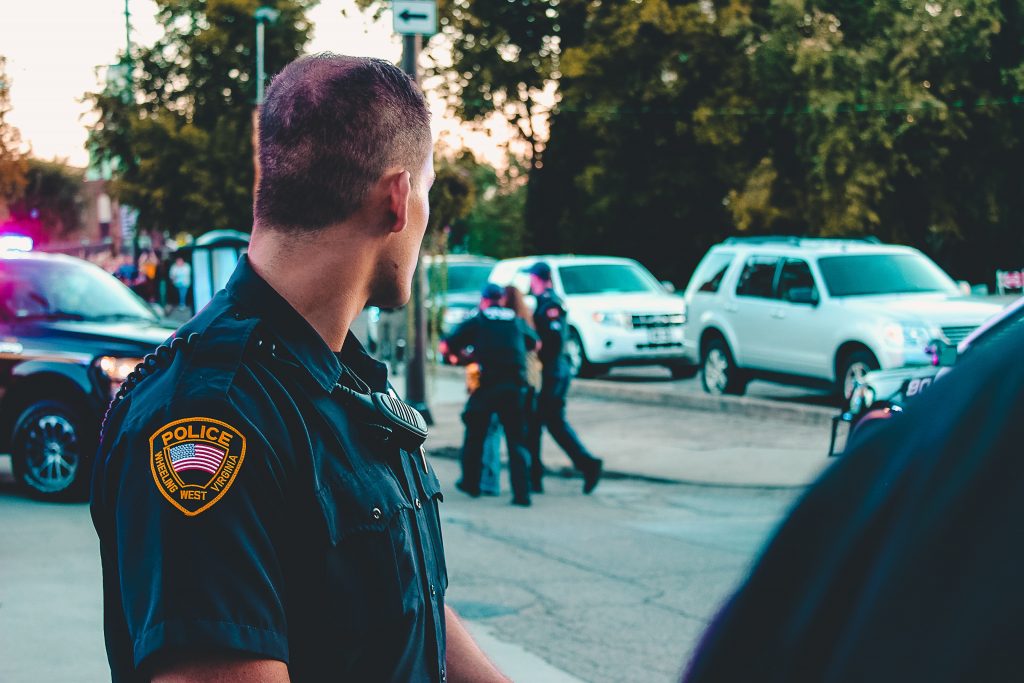 Officers employed in large police agencies can be tasked with very specific assignments since large agencies have more resources and personnel.

They might work on a drug task force or in a school.

In smaller agencies, the departments aren’t staffed so well, so police officers might be responsible for a wide array of tasks.

The general responsibilities of a police officer include the following:

Police officers should be able to connect with citizens and provide the position of authority.

They also need excellent written communication skills since they have to write many reports.

Officers should have respect for laws to enforce them.

A good police officer should set an example in their community through honesty and diligence.

Police should be knowledgeable of laws as well as follow them.

To enforce laws, police officers should be ready to deal with resistance from citizens.

They should remain assertive while dealing with the public to be able to take control of the situations that can be potentially dangerous.

How to Become a Police Officer

The steps you need to take to become a police officer vary depending on the agency.

Most agencies require only an application and resume.

Some police departments also hold extensive interviews with a polygraph test and a psychological evaluation.

Most positions for police officers can be found on the city, county, state, and federal agencies websites.

Police officers usually need a high school diploma or GED, although, for some positions, you may need a four-year degree.

Some states and cities require applicants to pass a civil service examination, which tests cognitive abilities and, sometimes, a physical examination as well.

Candidates should take and complete the training at the police academy, which includes both textbook and physical training.

In the course of this training, candidates learn about local and state laws, strategies for enforcing laws, etc.

They also learn how to handle weapons, such as mace, batons, and firearms.

The training at a police academy varies depending on the hiring agency, so every academy is unique.

Generally, the training of a police officer can be completed within 4 to 6 months.

Some have military training which is similar to the educational and physical requirements of a police officer.

Officers may also have criminal justice classroom training, which teaches the students to perform the tasks of a police officer, including writing reports and interviewing people.

In general, potential police officers should have good enough cognitive skills to pass an examination and learn the laws.

Those who have experience with physical labor work can have a significant advantage in terms of physical requirements.

The police should be at service around the clock, so most officers work in shifts.

Their workweek usually comprises 40 hours, however, overtime may be required.

Due to the nature of the job, they should also be on-call sometimes, meaning that they should be available to cover an extra shift if a colleague can’t work this shift for one reason or another.

Shifts of police officers may range from 8 to 12 hours a day.

Often, they also take part-time jobs in security, where the hours will vary depending on the employer.

The employment of police officers and detectives should grow by 4% by 2024.

They usually receive a benefits package that covers health and life insurance.

Since most of the training is completed on the job, they don’t need extensive education or pay university tuition.

The work of police officers is vital for society, so they have a significant amount of job security.

Their work is essential for states and cities.

They need such skills and assertiveness, mental strength, and respect for laws.

The position is quite rewarding and has a great benefits package, especially considering low training costs.