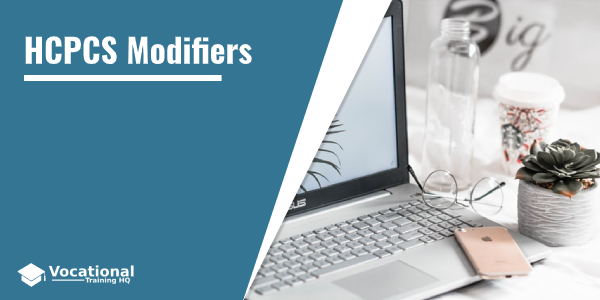 These code sets are so similar that you can often use modifiers from one code set with another.

For instance, the -LT modifier in the HCPCS code set is often used in the CPT codes to describe a bilateral procedure that was only performed on one side of the body.

Similar to CPT modifiers, the HCPCS ones are always two characters and are added to the end of the code with a hyphen.

To tell HCPCS and CPT modifiers from each other, there’s one simple rule:

HCPCS modifiers have a letter in it while CPT modifiers are completely numeric.

Both types of modifiers provide additional information about a service or procedure without altering the provided service.

Numerous modifiers in the HCPCS codes cover everything.

These modifiers cover a wide range of information.

Most codes correspond with the part of the body, but there are also modifiers for mammograms or ambulance services.

If you take a look at the full list of these modifiers, you’ll find those that describe everything from the procedure eligibility for Medicare to the number of wounds dressed on a patient.

Similar to CPT codes, these modifiers should be used for functionality first, and information later.

That means that you should list the HCPCS modifier that affects reimbursement first.

Here’s an example, the CPT modifier -50 and HCPCS modifiers -LT and -RT.

They are mutually exclusive.

The -LT and -RT modifiers in HCPCS describe the side of the body where the procedure was performed.

Here’s a simplified example of an HCPCS modifier.

A patient has asthma and bronchitis.

They have difficulty breathing and call a doctor.

The doctor tells the patient to go straight to the emergency room.

They arrange with the hospital (healthcare provider in this case) to pick the patient up in an ambulance with basic life support systems (BLS).

To code this procedure on a claim, we need the A-codes of the HCPCS, where the ambulance codes can be found.

Our base HCPCS code would be A0428 for “Ambulance service, basic life support, non-emergency transport”.

The ambulance, though, was sent by the healthcare provider and not, for instance, called through 911.

Then we need to add a modifier that explains this.

This may seem inessential, but the way the ambulance was called can affect the amount of money that should be paid for the procedure a lot.

Here, we need to search for a modifier that describes the ambulance service.

We have the -QN modifier, which means “Ambulance service furnished directly by a provider of services”.

Effectively, the hospital sent the ambulance to pick up the patient.

Our complete code would be A0428-QN for a basic life support ambulance, which was not an emergency transport, sent by the healthcare provider.

Let’s explore another example, this time with a combination of the CPT codes and modifiers, and HCPCS modifiers.

A patient needs the drainage of a large felon abscess on the tip of the left middle finger.

A “felon” abscess is a complex infection of the pulp on the distal or the last phalanx of the hand. 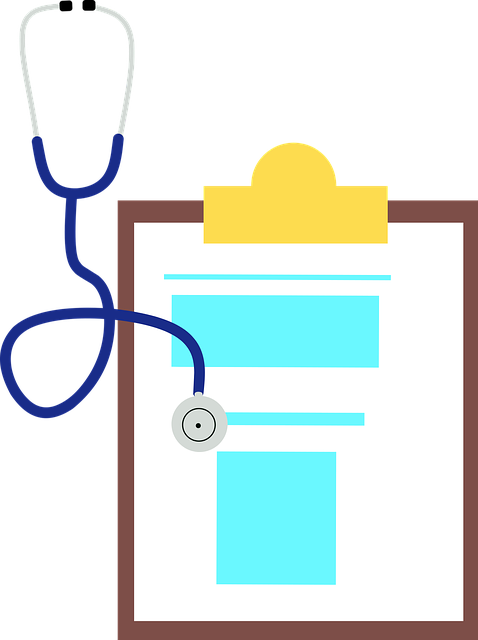 When coding this procedure, first, we look at the performed procedure.

This is a procedure performed on a patient, so we will find it in the CPT manual.

Also, the procedure is surgical, so we turn to the Surgery section.

Namely, we need an incision – it’s drainage made via a cut to the skin.

In the surgery section, we turn to the musculoskeletal subsection and find the Hand and Fingers field of codes.

We will find the codes for incision there and see two codes for drainage or a finger abscess.

The parent code is 26010 for “drainage of finger abscess; simple”.

The indented code is 26011 for “drainage of finger abscess; complicated (e.g., felon).”

Which information is more important for reimbursement – the place where the procedure was performed or the fact that it was discontinued?

In our case, it’s the discontinued procedure.

We add -53 – the CPT modifier for a discontinued procedure.

Then, we’ll look for the HCPCS modifier for the part of the body where the procedure was performed.

Some of these modifiers related to the parts of the hand.

We will find the modifier F2, for “left hand, third digit.”

So our code is 26011-53-F2 for discontinued drainage of a complicated abscess on the third digit of the left hand.

In real life, coding with HCPCS modifiers isn’t always as easy as in this example.

However, you should get a good idea of how these additional codes help us achieve the highest level of accuracy.

Like other codes in the HCPCS manual, the number and variety of options can be overwhelming.

But when you get an understanding of the organizational structure of the HCPCS manual, you will be able to navigate this code set easily.